What the great news ever! TripAdvisor had announced the winner of 2019 Certificate of Excellence. The Bamboo Experience had won this for three successive years now, which is 2017, 2018 & 2019. Thanks to our Customers, Supporters as well as our dynamic young team at The Bamboo Experience for this great achievement. We look forward to your continuous support for the upcoming years and beyond. For those who wants to follow us on social media, below are the links: http://www.facebook.com/thebambooexperience or http://www.instagram.com/thebambooexperience 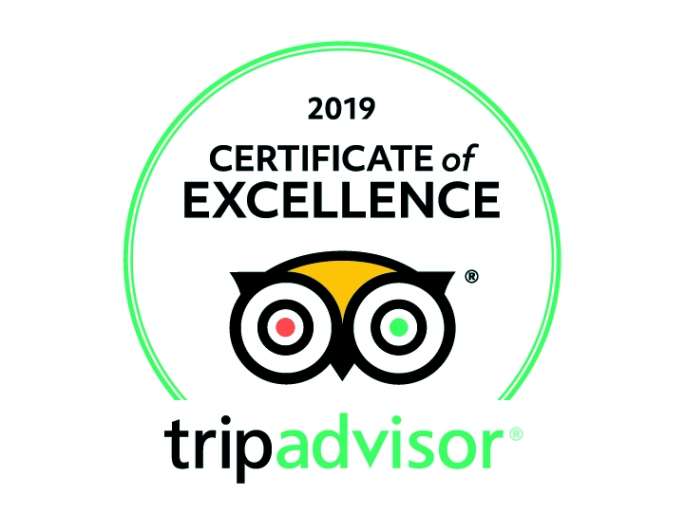 We’re pleased to announce that we have a partnership with the Elephant Conservation Center (ECC) on their project “Eat Like An Elephant” https://www.elephantconservationcenter.com/eat-like-an-elephant/ this is a good opportunity for the Vegan who looks for non-meat dishes. At the Bamboo Experience we can offer vegetarian’s menu. Please enquire in your booking that you would like to have “Eat Like An Elephant menu” and you will receive a 10% discount for classes from 1st of May until 31st of September 2019 inclusive. Book Now

We are on the event “Oh Luang Prabang, you’re simply beautiful” from 4th – 7th July 2018. Come and try our specialty bamboo themed dishes and enjoy the show of Lao traditional music and performances. At the event you can also see lots of thing which related to Lao culture and way of life of people in Luang Prabang. Our booth opens at 11am, don’t miss it and hope to see you there 🙂 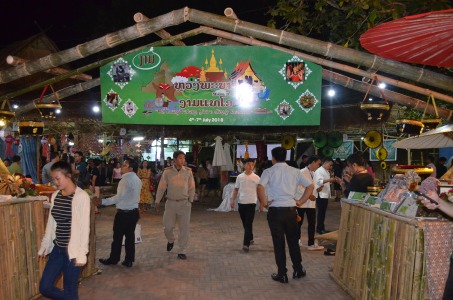 We’re so proud to share with our customers and friends of our achievement again for wining 2018 Certificate of Excellence on TripAdvisor. It’s 2nd year of great achievement – a very big thank-you to all our customers and supports in the past year. Congrats to our dynamic team for their great work as well! Follow us on https://www.facebook.com/thebambooexperience/

We’re pleased to announce that pre-paid online via PayPal is now available on our website, it’s quick, easy and safe to pay for your booking at The Bamboo Experience. For more infos please visit our website https://bambooexperience.org/our-tours/

Note that bank fees will be added in the price to you. Full refund will be issued for cancellations made at least 48 hours prior to the activity.

We would like to announce that The Bamboo Experience will be closed for maintenance on 17th, 18th and 19th of March. During the closure period we won’t operate our morning class especially, however our evening class is on request. we will be open again on Tuesday 20th onward.

We are looking forward to your support in the near future.

Congratulations! to our dynamic young team – we’ve done a fantastic job in making sure client’s satisfactory is top priority which reflects on our client’s review on TripAdvisor.

We understand that the ranking might be changed at anytime but we just wanted to enjoy what we’ve deserved at the time being, again thanks to our team and support from our past clients – we’re looking forward to your further support in the near future.

Once upon a time, on a mountain top, a Hmong couple had six sons; all were smart, strong and humble, and all were talented bamboo flute players. Then, the day came when their parents died. The six brothers cried in grief for nine days and nine nights until they lost their voices and had to blow bamboo tubes to make the crying sound.
Their filial devotion had moved the heavens, so the mountain god came and told them, ‘Make an air bulb with six holes and plug your tubes into it. Then only one man blows and all six tubes will cry.’ Thus the khèn appeared in this world.
Khèn accompany young men when they go to paddy fields or to festivals. They play it in all occasions and moods. It helps bring their messages to their loved ones. Their tunes, as free as the air, have kindled all the fires that brought young couples together.
Anyone who had come to a highland festival, colourful with ethnic brocades, must have heard among the noises of the trading, eating and drinking, the sound of khèn blown by groups of young men, mixed with the sound of pí lè, a kind of Hmong flute, just like the street artists in the cities.
Coming to the highlands during the lunar New Year or sài sán (mountain hike festival), or spring khèn contest, visitors from the low lands can’t help feeling dazed under the tunes that echo back and forth between mountains.
Along with the sounds that may be soft, romantic, or enthusiastic and intrepid, they also show beautiful and quirky dances.
The most delicate show is the couple dance. The man plays khèn and dances with the woman, both in traditional dress of their ethnicity. They look like a pair of pheasants in a courtship dance. With heels kicking, and bodies spinning, khèns and tunes flow in unison, couples never losing their inner connection.
It takes a lot of work to make a beautiful khèn. First, an arm-long chunk of fokienia, hsienmu, or white cedar is needed. It has to be cured to avoid deforming, which would distort the sound. Then they cut and plane it to make the blowpipe and the bulb.
Then the bulb is split, made hollow up to the rim of the blowpipe. Then the two halves are put back together and tied fast with thin soft bark, which makes the bulb airtight and decorates it at the same time.
Then they cut six thick, strong bamboo tubes of different lengths and diameters. Each tube is equipped with a brass uvula. They make a hole on each tube for the player to finger

Briefly the Baci is a ceremony to celebrate a special event, whether a marriage, a homecoming, a welcome, a birth, or one of the annual festivals. A mother is given a baci after she has recovered form a birth, the sick are given bacis to facilitate a cure, officials are honored by bacis, and novice monks are wished luck with a baci before entering the temple. The Baci ceremony can take place any day of the week and all year long, preferably before noon or before sunset. The term more commonly used is su kwan, which means “calling of the soul”.

Kwan are components of the soul, but have a more abstract meaning than this. The kwan have been variously described by Westerners as: “vital forces, giving harmony and balance to the body, or part of it”, “the private reality of the body, inherent in the life of men and animals from the moment of their birth,” and simply as “vital breath”.

It is an ancient belief in Laos that the human being is a union of 32 organs and that the kwan watch over and protect each one of them. It is of the utmost consequence that as many kwan as possible are kept together in the body at any one time. Since all kwan is often the attributed cause of an illness, the baciceremony calls the kwan or souls from wherever they may be roaming, back to the body, secures them in place, and thus re-establishes equilibrium.

The pha kwan is an arrangement consisting of a dish or bowl, often in silver, from the top of which sprouts a cone or horn made of banana leaves and containing flowers, white cotton or silk threads. The flowers used often have evocative meanings and symbols, such as dok huck (symbol of love), dok sampi(longevity), dok daohuang (cheerfulness/brilliance), etc. The cotton threads are cut at the length long enough to wrap around the adult wrists. These are attached to a bamboo stalk and give the impression of a banner.

Around the base of this is the food for the kwan. The food consists usually of hard boiled eggs (symbol of the fetus), fruits and sweets symbolizing the coming together of several parts, in this case the forming of a community (a stalk of bananas, khaotom-boiled sweet rice wrapped in banana leaves), bottle of rice whisky for purification, and boiled whole chicken with head and feet with claws for divination purposes.

The pha kwan is placed on a white cloth in the center of the room, with the maw pawn sitting facing thepha kwan. The person(s) for whom the baci is being held sits directly opposite of him, on the other side of the pha kwan. The maw pawn or mohkwan is a village elder, ideally an ex-monk who will be officiating the ceremony, chanting and calling the kwan.

The baci ceremony and the steps leading to it:

Tdung pah kwan or the making of the pah kwan:

This task of preparing and setting up the pah kwan or flower trays for the ceremony is often shared by elderly women in the community.

Somma or paying respect to the elders:

Before the ceremony actually begins, the younger people would pay respect to the elders.

Keunt pah kwan or introduction of the ceremony:

Everyone touches the pha kwan as the maw pawn chants Buddhist mantra.

The maw pawn calls upon the wandering kwan to return and inhabit the body of the person the ceremony is intended for.

Pook kwan or the tying of kwan:

When the maw pawn finishes the invocation, he places the symbolic food into the upturned hand which the recipient has by now extended. The maw pawn then takes the cotton thread from the pha kwan and wraps it around the extended wrist, tying it there. While securing it with a few knots, he chants a shorter version of the invocation strengthening the power of the blessings.

Song pah kwan or the closing of the ceremony:

Once the pook kwan is over, everyone touches the pah kwan again as a way to conclude the ceremony.